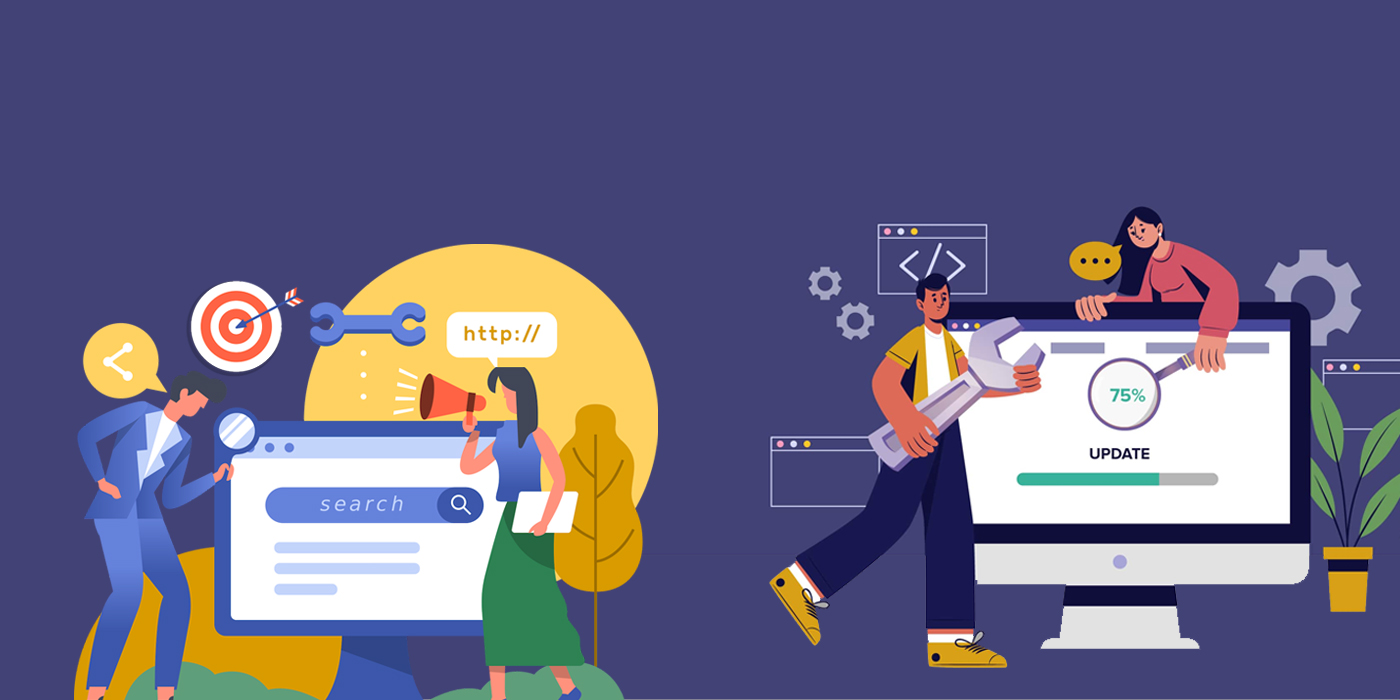 At the end of 2020, Google’s rolled out core algorithm update, which is a big game-changer.

This update has caused many rankings to go up and down, leaving some websites in so much trouble.

In a nutshell, the core algorithm update has looked mainly at the desktop user experience. So, let’s dig deeper and see more about this update below!

Later today, we are releasing a broad core algorithm update, as we do several times per year. It is called the December 2020 Core Update. Our guidance about such updates remains as we’ve covered before. Please see this blog post for more about that:https://t.co/e5ZQUAlt0G

This time it took two weeks to roll out fully in almost every country.

The impact of this rollout was different in different countries, devices, and platforms.

For example, LinkedIn gained rankings in France, the U.S., and many other countries.

The most affected sites are dictionary sites.

Wikipedia lost around 2.79% of its traffic, which sums up to almost 100M traffic.

The update had a massive impact on desktop sites.

Though desktop sites gained mostly, there are a few exceptions, like cars.com, which saw a more significant win on mobile.

Few sites gained on mobile instead of the desktop like Apple, most of the sites won on desktop like Doordash.

When the relative impact of the update on both mobile and desktop traffic was checked, it was found that most of the sites had a similar effect on these two mediums. 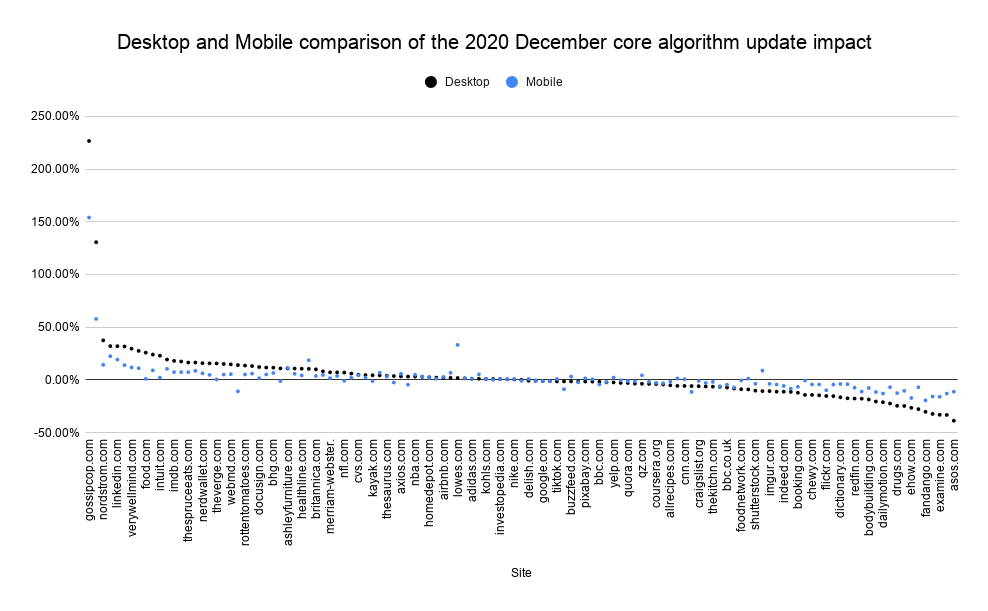 User experience is one of the key factors that Google considers for ranking.

User experience is a combination of website design, layout, ad load, how easily users can navigate the site, and more.

For example, Answers.com is one of the winners of this update and an effortless design with very few ad loads. 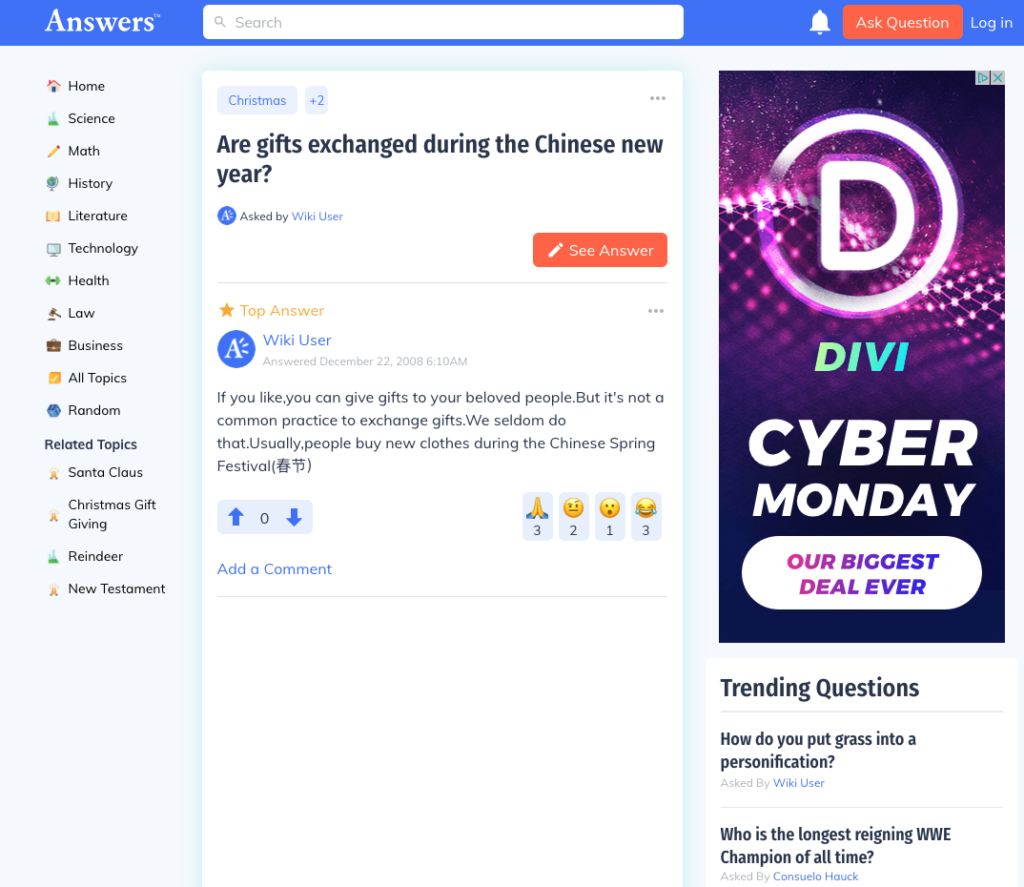 But user experience is not only about how the site looks; it is also vital that the users meet their needs on the site.

The difference between content overlap and user experience is tricky, and Google is more than capable of detecting that.

5 Data of Google’s December 2020 Core Update by the Numbers as per MozCast: 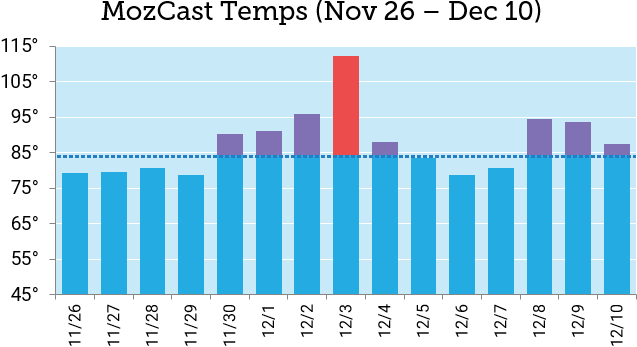 B. December 2020 compared to other Core Updates: 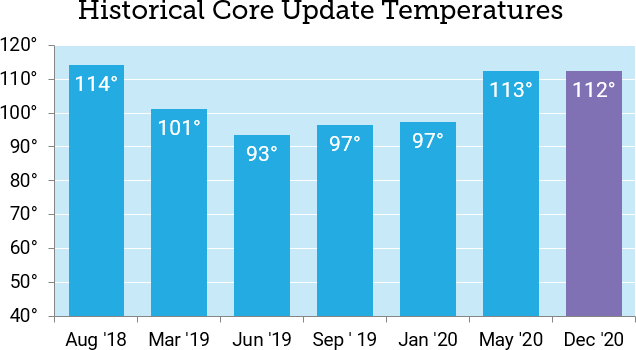 C. Look at the Top 20 overall winners in the MozCast data set, by percentage: 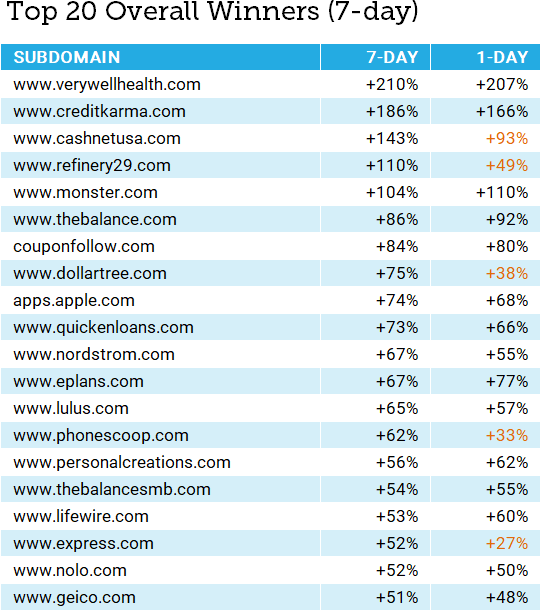 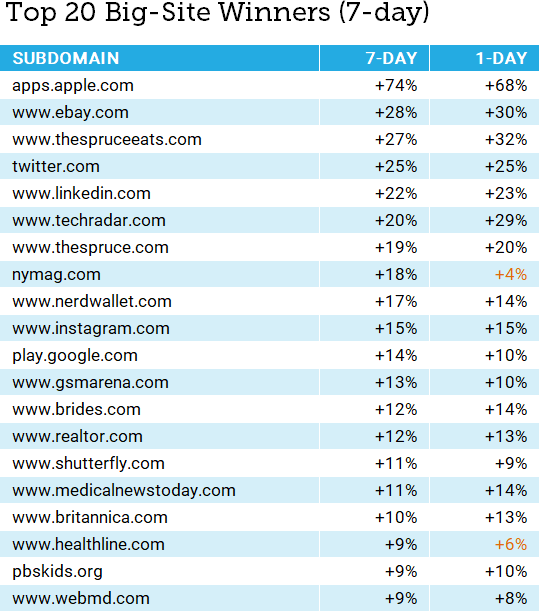 E. Look at the Winnings content/pages shared by Moz: 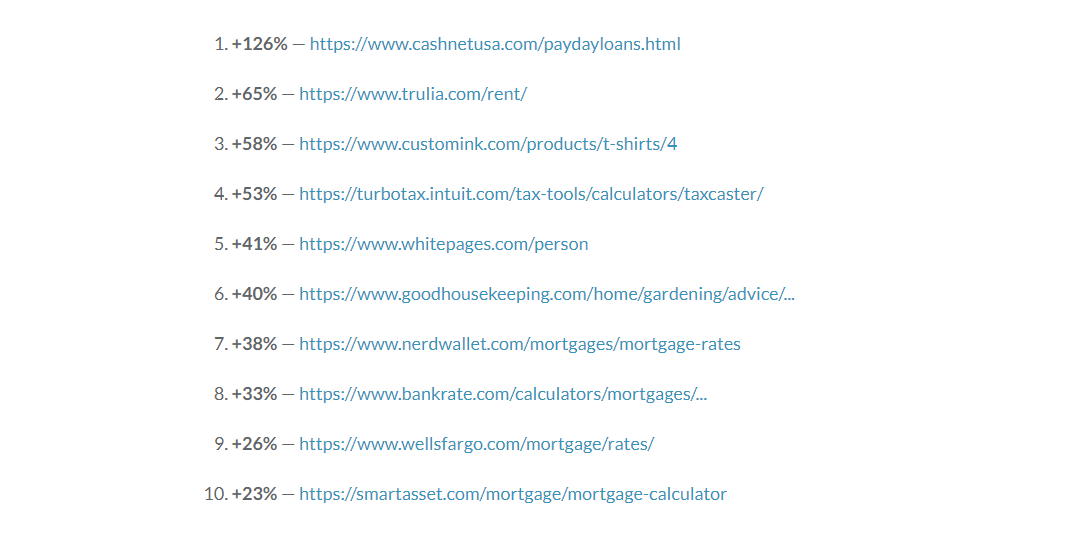 Which industry got affected by the Google December core update?

The most affected industries:

The December update is a broad one and has impacted several industries across mobile and desktop search.

Irrespective of mobile or desktop, the most affected sectors are Real Estate, Alternative Medicine, Law, and Government.

Travel and Finance sectors have faced loss mostly on a desktop search where Job & Education and Pets & Animals have suffered on the mobile search.

Here we have listed down the winners and losers of this update by their industries: 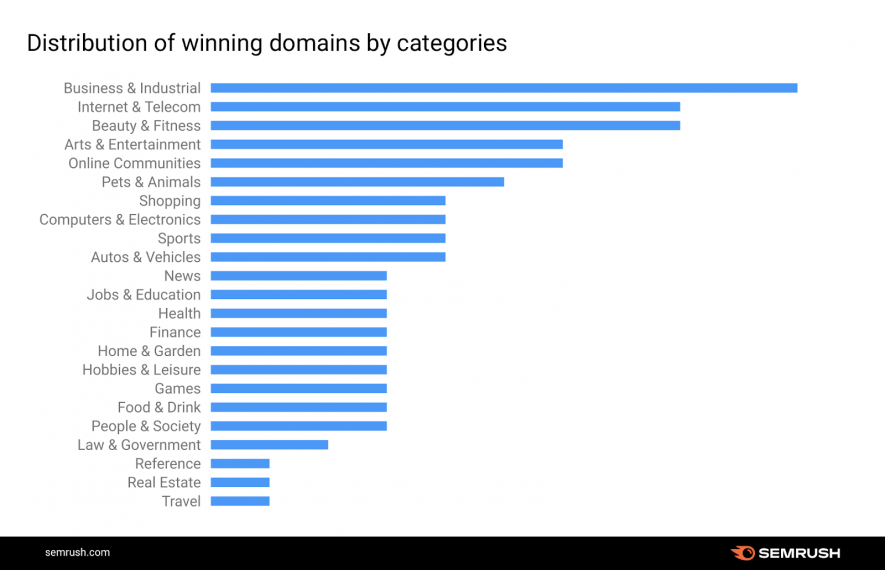 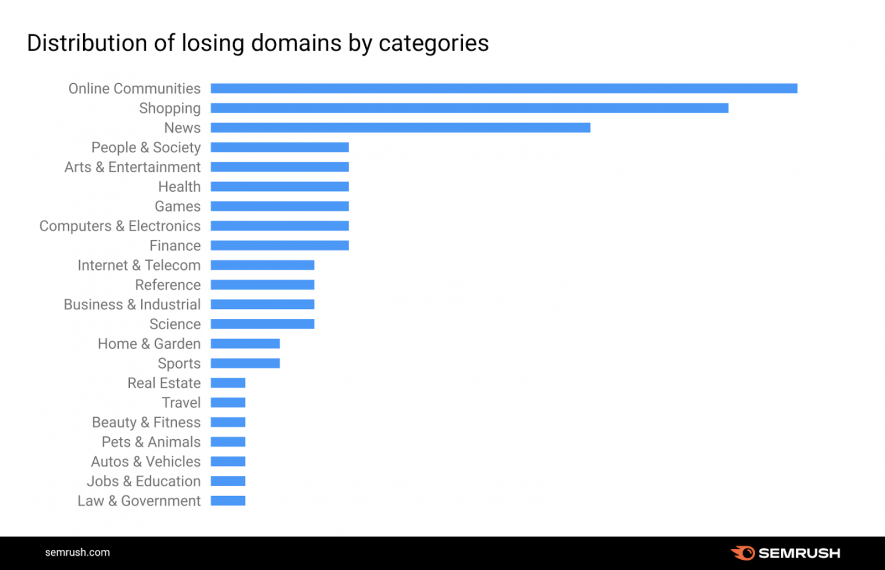 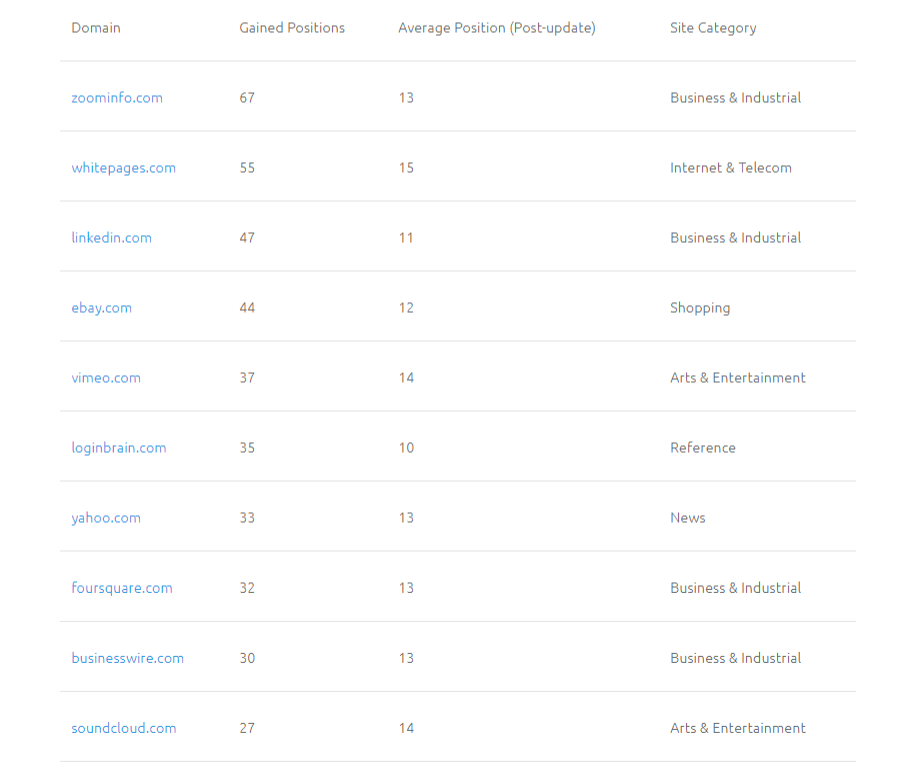 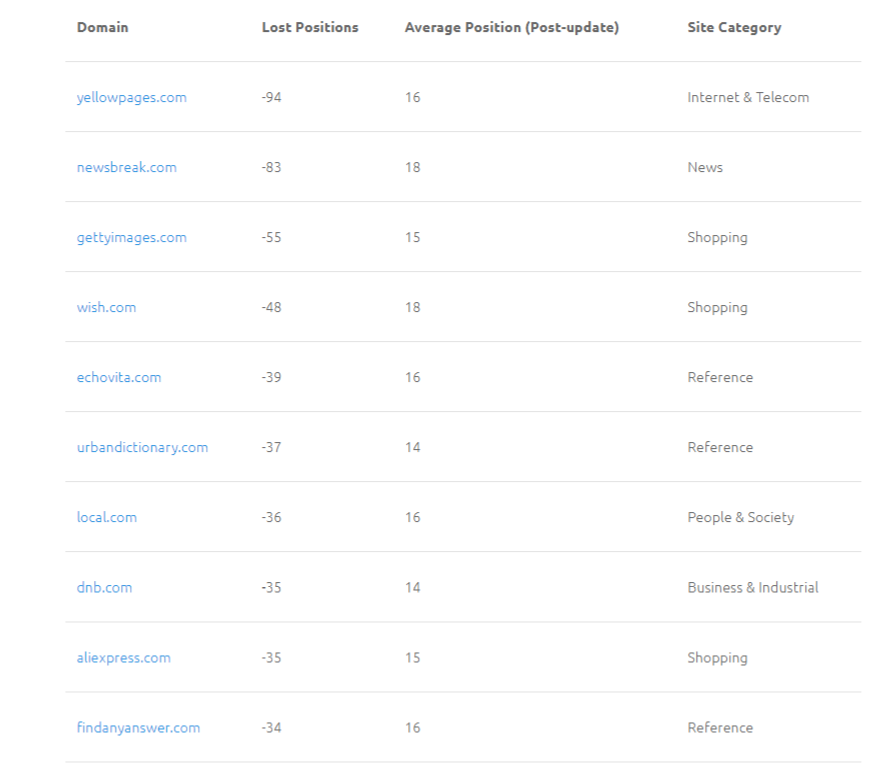 Our Observations on the Google December 2020 Core Update Analysis Got Affected:

Health has always been a top priority for Google, and it is expected that this sector would be positively affected.

Google especially prioritizes the search intents for the sites under the YLYM category.

Some health-related sites lost a large amount of traffic, while a few sites saw an increase of almost 30% in their traffic.

We all know that this update has been more impactful than the May core update, and the health sector has faced that more than anyone.

In the past, Google has corrected sites that used exact match domains.

But in this December update, Google has rewarded those sites.

More and more websites are now encouraged to use exact match domains to help users find what they want.

For example, if a website sells books and uses a domain called books.com, Google can easily show it to the user.

Sites using exact match domains saw a growth in their ranking after this update.

In the latest update, Google has tried to ensure users can easily find the local options while searching for a service or product.

If a user is looking for swimming classes or doctors, they deserve to see the sites that can provide that service instead of one particular result.

That is why sites that provide links to local businesses like aggregator sites saw a hike in their search rankings.

Websites providing services and products in multiple languages have a scope to reach a larger audience.

Google has also targeted those websites in its December update.

Among the multilingual websites, travel sites were significantly affected by this update.

Many industries in this category were affected by the May update. Some of them are:

Google has aimed to provide the most relevant results to its users for any particular search query.

In this update, Google focuses on how users can get the most accurate search results without any delay or obstacle.

Yes, thin content doesn’t work anymore, and this was one of the first noticeable changes in this update.

Many sites have been enjoying the right amount of traffic and high rankings with their thin content.

But once the update was rolled out, the sites were impacted negatively.

Some sites are still managing to get a favorable ranking for their thin content by adding images and videos.

Sites that are still stuffing keywords noticed a fall in the traffic amount after this update.

Expertise Article is Winning than An Authority Site:

Authority sites have been ranking well, but small sites with expertise content see high rankings since the new update.

Google is trying to award articles that have first-hand experience and expertise in the real world.

Search Intent is Most Important and Comes First:

Google has been giving importance to search intent since it’s last few updates.

This update has targeted the sites that do not prioritize the search intents of the users.

Google seems to be trying to give the exact information that the users are asking for, especially in the health and finance sectors.

In March 2020, Google had announced that it would implement a No-Follow directive, and this update has ensured that.

Google has also mentioned that it would start using No-Follow links to understand how anchor texts work.

A Site with a Good Number of Referring Domains Gained:

Creating backlinks and referring to strong domains makes your website trusted and worth paying attention to.

Google, in its new update, has rewarded sites that have a high number of referring domains.

If you have worked hard to create natural backlinks, it is going to be paid well.

Site Speed is a Ranking Signal:

The sites trying to improve the speed have seen a boost in their ranking by this new update.

Some sites that did not take the Standard SEO Practice seriously are facing a drop in the ranking.

What should you do now in 2021 after Google December 2020 Core Update?

Creating relevant content and uploading them is not enough for you to keep ranking high.

You will need to refresh your content and edit to get it better regularly. 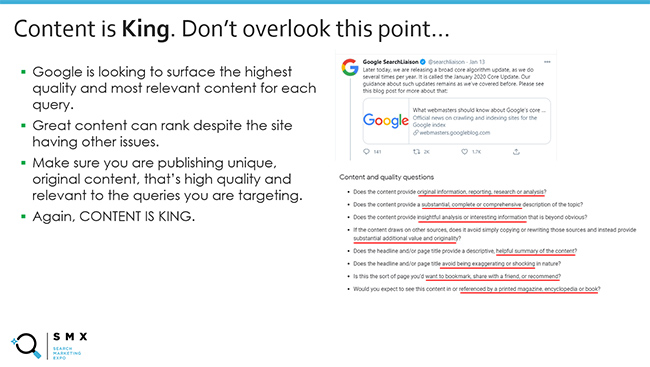 It doesn’t mean that you have to change it every day, but you should not rely on dated content.

Google has always supported sites with the most relevant and factual content.

If you have real-life expertise, then do everything to use that in your content.

If you are not an expert, then hire one to create relevant content.

You will also need to go through the existing content and update them to make it fresh and relevant for the present time.

You can also take your customers’ feedback through the comment section to improve quality.

As I mentioned earlier, this update has taken a toll on websites with low word count content.

Google wants to ensure that you provide sufficient information in your content and don’t leave unanswered questions for the users.

If you have content with a low word count, you should either remove that or improve to make it sufficient.

Sometimes content can be compact, providing sufficient information, and still have a low word count.

In those cases, the content will not lose traffic.

You can also use pictures and videos in your content to make it up for lesser words.

Earning natural backlinks from high referring domains can lead to a high ranking on Google.

Google has given importance only to natural backlinks, so be aware that the links should not be paid.

You would have to create worthy, high-quality content that will interest high domains in referring to.

If you belong to the health or finance sector, you need to update your content more frequently than anyone.

For example, there is a change in the tax rate or a new medicine found for an existing disease.

In these two industries, you have to keep things up to date to produce relevant content.

For finance sites, you need to follow the E.A.T. principles to get your SERP ranking better. 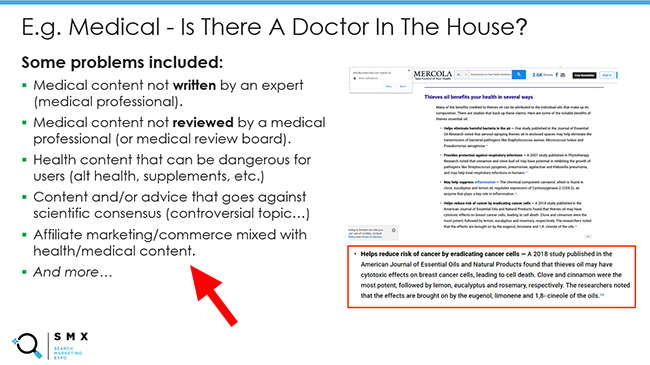 Hence, it would be best if you built trust for your brand that will impress Google algorithm.

In this age of the internet, people are always in a hurry and are open to other options.

If your site takes more than 3-4 seconds to load, most visitors will leave the site immediately. 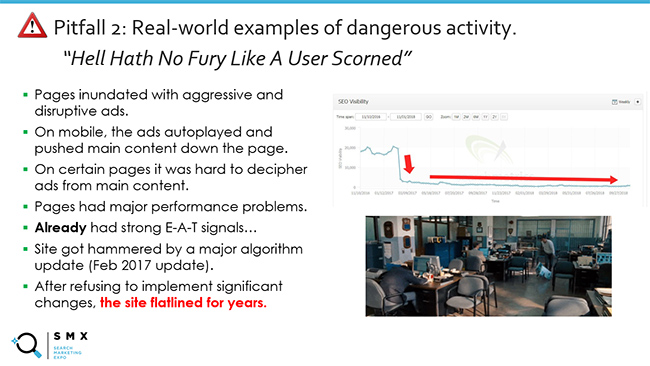 To improve your site’s speed, you can consult with your web developer and eliminate unnecessary images, graphics, videos, and data.

You can also conduct a compression audit, reduce the server response time, and other things to improve the speed.

If your competitors are winning in the ranking, analyze what they are doing to get better.

You can track the methods they are applying and use the tools they are using to understand their strategies. 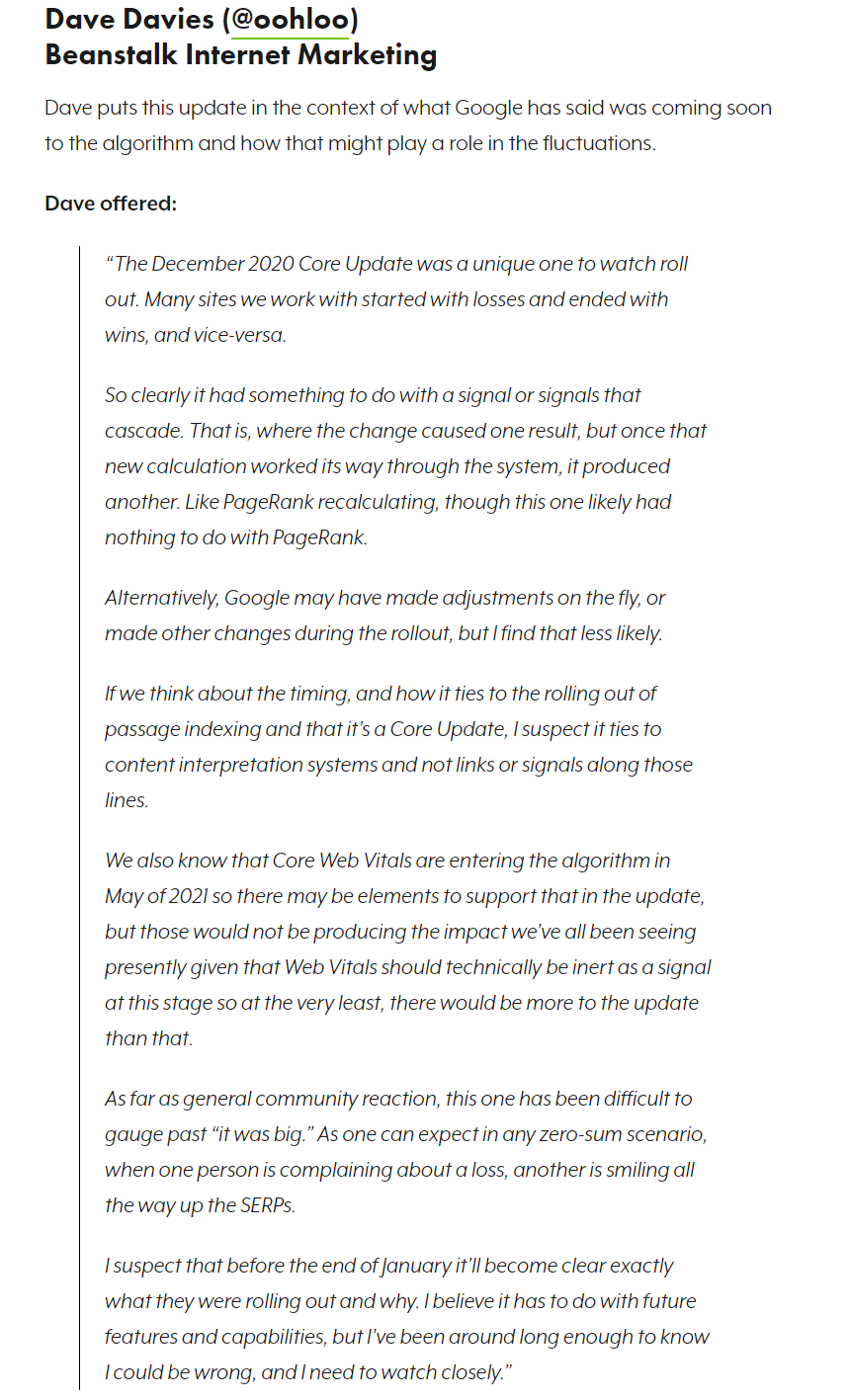 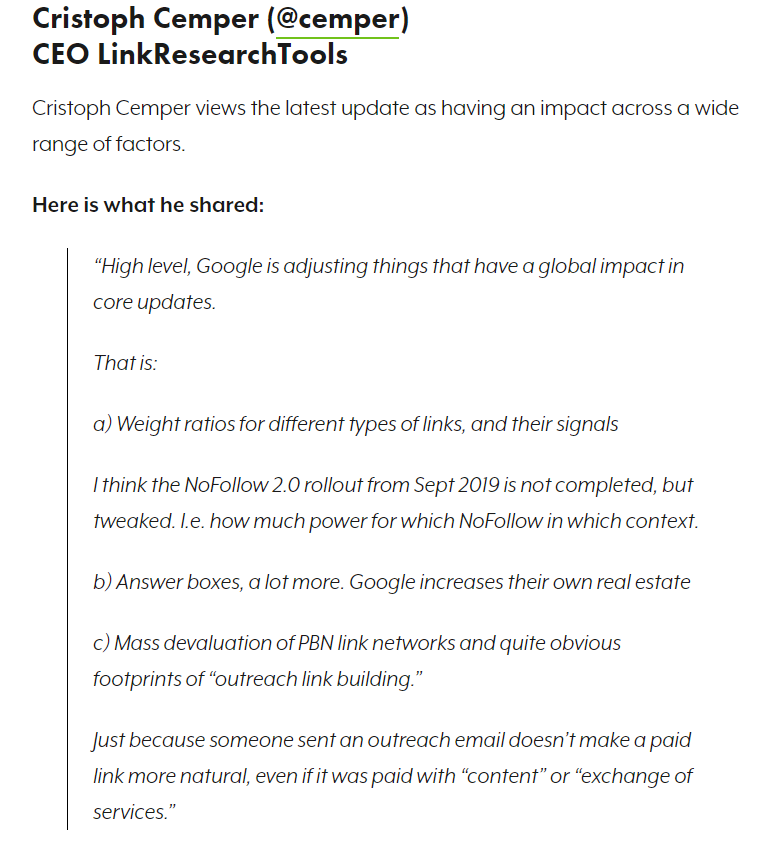 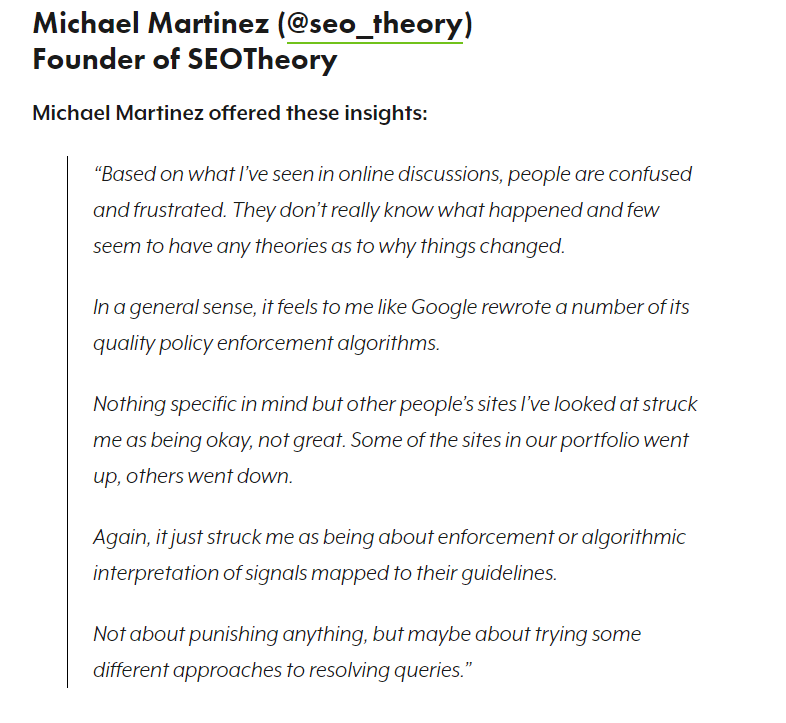 This update left high-performance sites at a lower rank, and some sites have also gained a high position without doing anything.

The update’s timing has a significant role to play in every industry, and the outcome may vary.

But don’t rush into things and make any drastic change this early.

You should observe the changes that the update has brought and then make your move.

I would also recommend you to use Google’s Search Quality Evaluator Guidelines and Google’s Core Updates  blog to determine whether you are on the low-quality side or not. 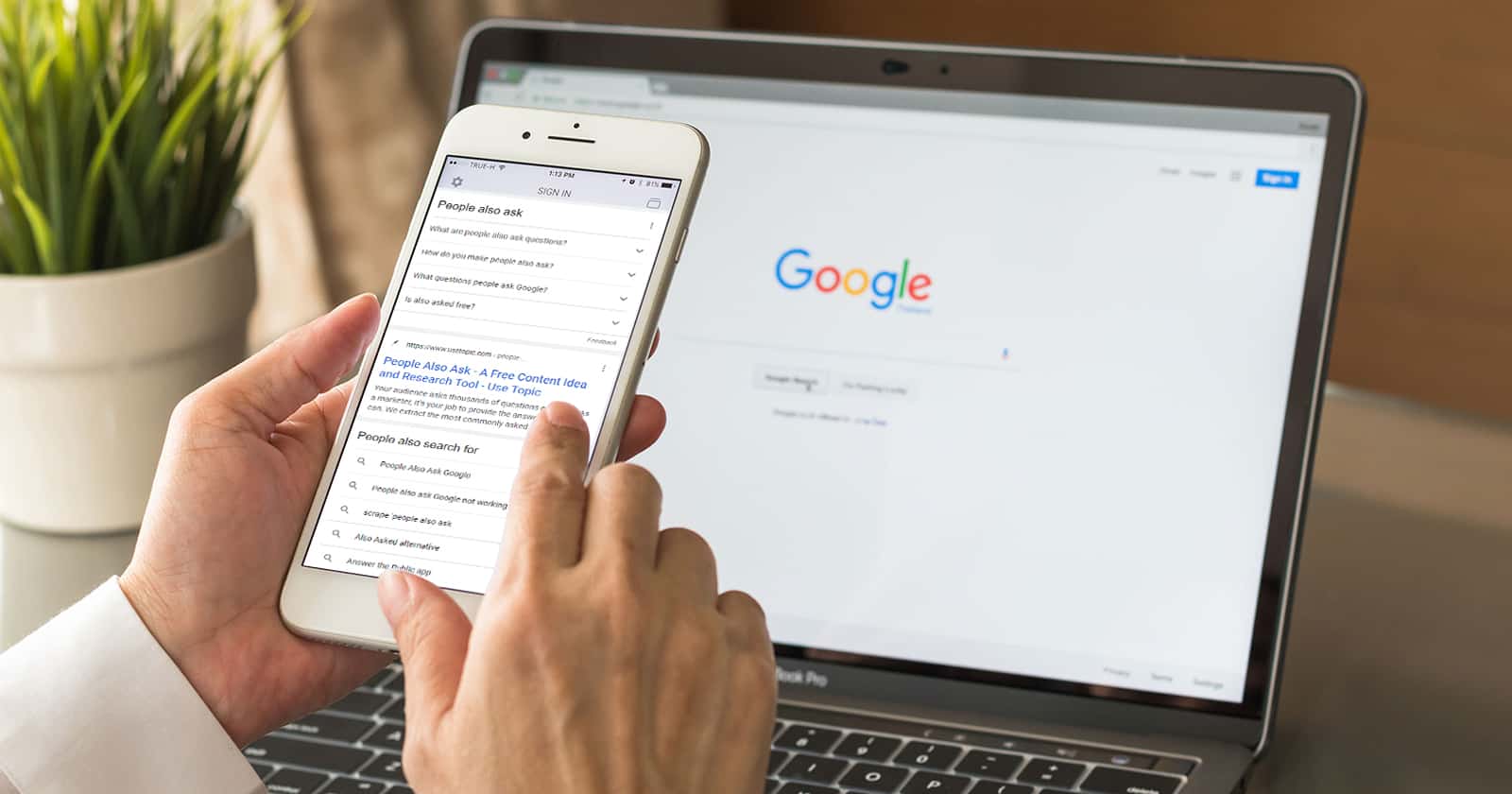 People Also Search For Box – How PASF Works?
If you frequently use Google, it is very likely that...
By Navneet Kaushal 85691 reads 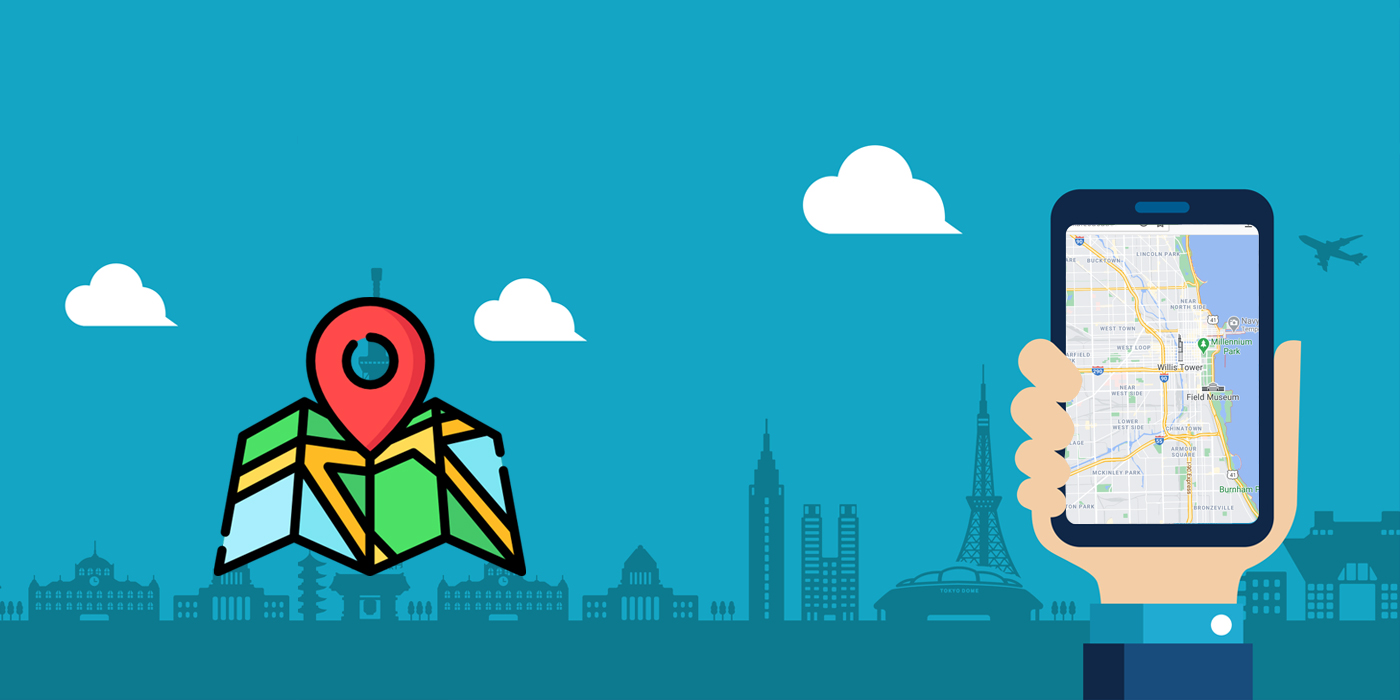 Google Map Live Location: Everything you need to know
Letting your friends and family know about your real-time and...
By Navneet Kaushal 82183 reads 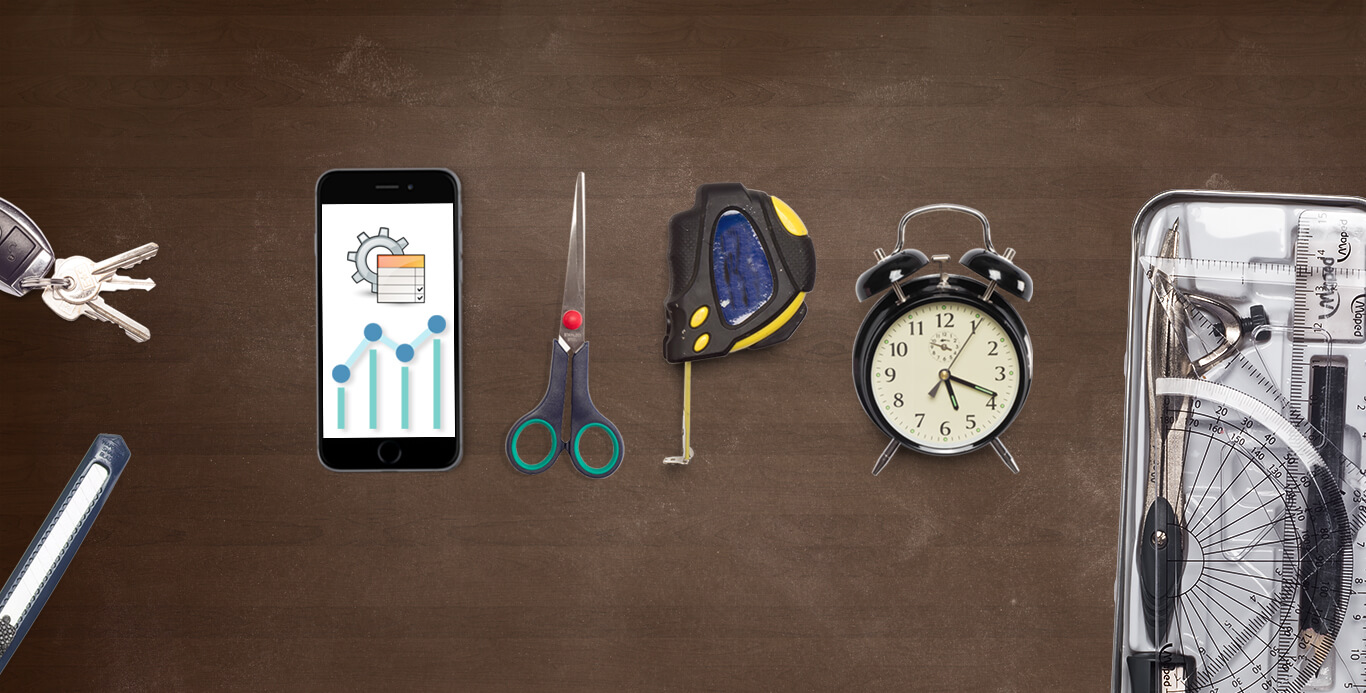