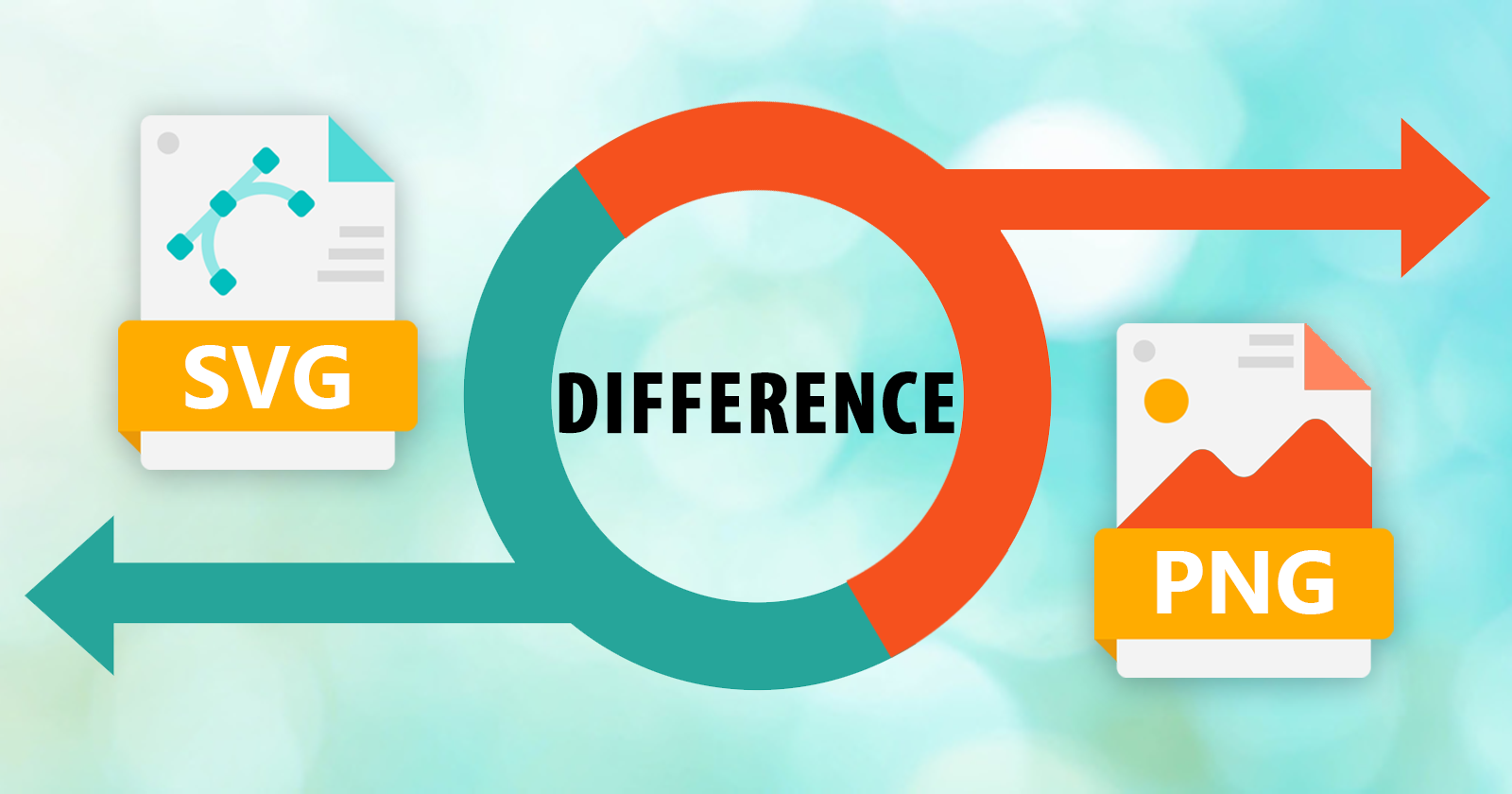 There are dozens of image file types, each with its own set of characteristics such as compression, formatting, and browser support. However, the SVG and PNG formats are the most widely used. If graphic design is your passion, you must know everything about these image formats. Here is all that you know about the difference between SVG vs PNG.

These two file types are diametrically opposed; each is better suited to specific situations. They are not interchangeable in every way, but you may find that one of them performs certain tasks better than the other. You will need to learn and use both for your website design.

Scalable Vector Graphics (SVG) is the most popular vector file format on the web. Let us break it down.

While it is possible to create an image using only code, most people use a vector graphics editor such as Inkscape or Adobe Illustrator. PNGs and other raster images can also be converted to SVG, but the results might not always be stellar. SVG is a versatile file format because it supports animation and transparency.

The only disadvantage is that it is not as widely used as more standard formats such as PNG, so it is less supported on older browsers and devices, and it is not always the easiest to upload to your site and have it display correctly.

Is SVG lossy or lossless?

SVG is a lossless format. It doesn’t lose any information when it’s saved. This is in contrast to JPEG, which is a lossy format. JPEG loses information every time it’s saved, which means that the image gets worse and worse the more you save it.

Pros and Cons of SVG’s

Though not as widely used as raster file types such as PNG, vector graphics are rapidly gaining popularity. They can perform some critical tasks that raster images cannot. Here are some of the reasons why people adore SVGs.

SVG has many advantages over PNG, such as being scalable and smaller in size, but it is not always superior. Here are the drawbacks of vector file formats.

When Should You Use SVG Over PNG?

To answer this question, it’s important to understand the difference between SVG vs PNG. While you should not convert all of your PNGs to SVGs, vector graphics can be an excellent substitute for some images. SVG images are ideal for decorative website graphics, logos, icons, graphs and diagrams, and other basic images. Check our homepage for a great example of vector artwork in action.

They do not, however, work as well with complex images with many colors and shapes, such as screenshots, photography, or detailed artwork. While any image can be converted to SVG, browsers do not always handle complex vectors with hundreds of colors well because they must be rendered when the page loads.

Furthermore, SVG artwork can be beautiful, but creating complex images takes a lot of time, effort, and knowledge of advanced editing tools. If you want to create vector images, keep it simple.

If you have detailed images, PNG is the way to go.

However, because of their scalability and lack of quality degradation, SVGs are better for responsive and retina-ready web design. Furthermore, they support animation, whereas PNG does not, and raster file types that support animation, such as GIF, APNG, and WebP, all have issues.

PNG stands for Portable Network Graphics. Anyone who has ever used a computer has most likely worked with PNGs, which are the second most common file type on the internet after JPEG.

PNG is a raster image file format, like most other image formats. That is, it is made up of pixels, which are the small dots that appear on your monitor or screen. While this makes it easier to display, it also means that image quality is determined by the resolution — the number of pixels in the image.

As a result, scaling a raster image up or down in size will have an effect on its quality. Sometimes the damage is minor, especially when scaling down, but other times it can make an image blurry and unusable.

Nonetheless, PNG’s popularity makes it a good candidate for general-purpose use. This file format allows for transparency but not animation.

What is PNG used for?

PNG files are used for images with transparency. This means that you can see through the image to the background, which is useful for creating logos and other graphics that need to be placed on different backgrounds or in different colors. JPEG is usually used for photos, because it produces smaller file sizes than PNG does.

Yes, PNG does support animation. However, it is not as widely supported as GIF animations. Many browsers do not support PNG animations, so it is not always the best format to use.

Pros and Cons of PNG’s

What makes PNG the most popular image file format on the internet? Here are some of the benefits:

The PNG format, on the other hand, was developed decades ago and has several significant flaws that have not been addressed for the modern era.

When Should You Use PNG Over SVG?

Before choosing a format, it’s important to compare SVG vs PNG. PNG is the most popular file type for a reason: it is extremely versatile and can be used in almost any situation. There are only a few drawbacks to using it, such as the large file size and lack of scalability.

PNGs are ideal for displaying detailed images, artwork, and photography, as well as anything else that a vector image cannot handle. Anything with hundreds of colors and a high resolution should probably be saved as a PNG.

That does not mean that PNGs cannot be used for more straightforward images like logos and decorative graphics, but SVGs are better suited for the job. If you are unsure whether a platform will support the newer, less widely supported SVG file type, PNG is the way to go, if only to be safe.

SVGs, for example, cannot be uploaded to most social media platforms. Because some email clients may struggle with vectors, it is usually best to use PNGs in email templates.

PNGs, in general, work well with any complex, non-animated image, particularly those that require transparency. It can be used almost anywhere; it is just that an SVG is sometimes a better fit.

Remember that if your SVG fails to load, you can always use PNG fallbacks, so it is usually safe to use vectors even if a significant portion of your user base is still using older devices or browsers.

SVG and PNG are two distinct file formats. Outside of very specific use cases, it doesn’t matter whether you use PNGs or JPEGs on your site, but choosing between SVG and PNG is a much more important decision. PNGs are far more likely to be used because they are a simpler, easier to access, and more versatile file format. PNG should be used for complex images such as screenshots and detailed illustrations.

While SVGs are more difficult to create and edit, they have several advantages over PNGs. SVG should be used whenever vector images, such as decorative graphics and logos, are appropriate. Although you are unlikely to replace every image on your site with an SVG, their responsiveness and smaller file sizes make them an excellent candidate in certain situations.

There are several excellent vector files for print use, so your decision will be influenced by the document. For everyday print use, PDFs are the most versatile vector format. SVG or AI files may be used for large-scale print jobs.

Should I use a PNG or a JPEG format?

Before deciding, it’s important to understand the difference between SVG and PNG. JPEG’s lossy compression and 24-bit color make it the preferred image file for web photos. When it comes to printing, JPEGs aren’t as detailed as PNGs. JPEGs also lack scalability and definition, making them an unsuitable choice for logos and graphics.

Do PNG and SVG files have size restrictions?

PNG files have a maximum resolution of 2,500 megapixels. Vector files, including SVGs, have no size restrictions.

PNG supports transparency. In order to have an image with transparent areas in a web page, the image must be saved in PNG format. GIF and JPEG do not support transparency. 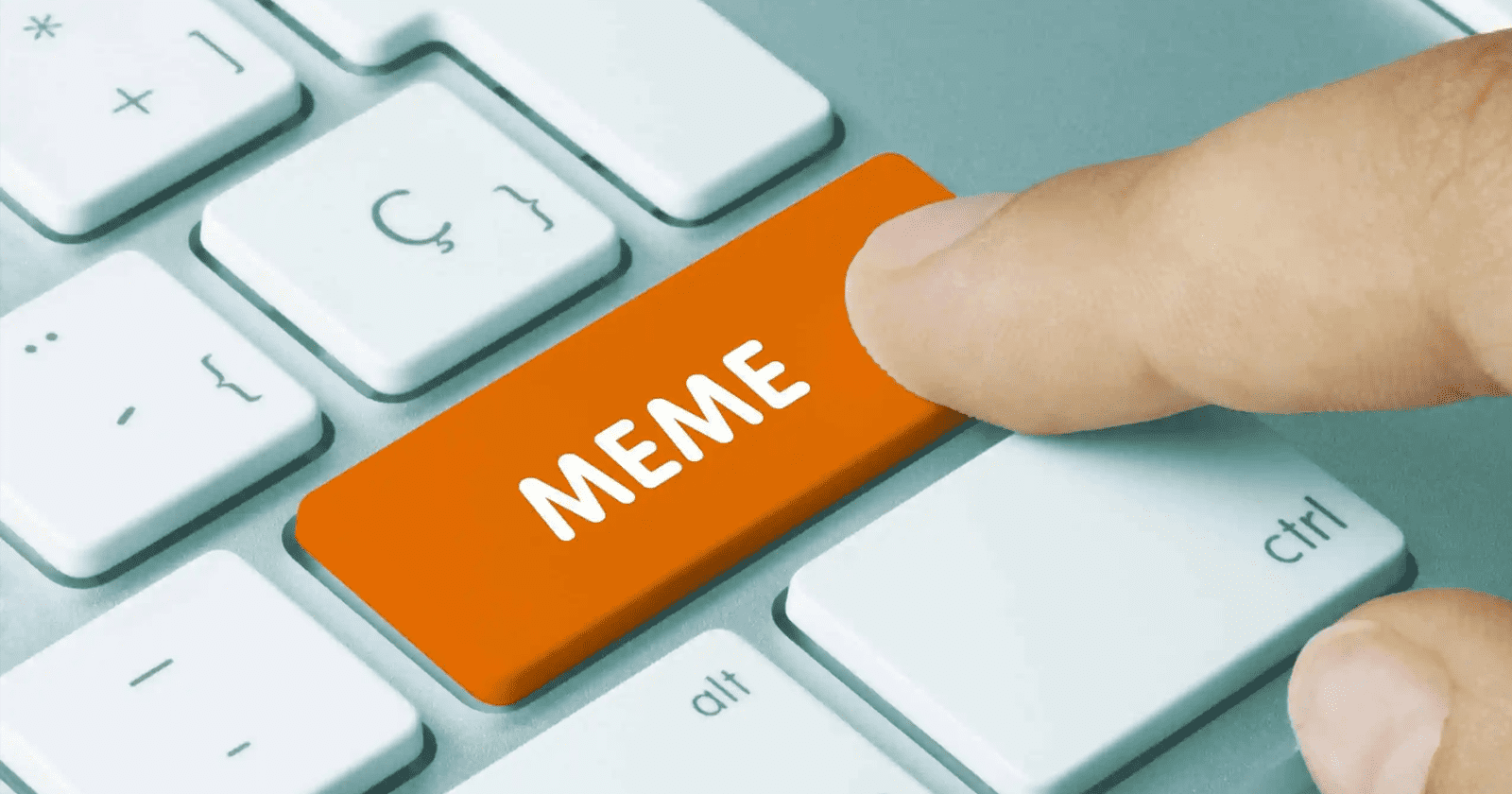 Graphic Design is My Passion -30 Best Memes
Memes have their own lifecycle. They can start from a...
By Ritu Sharma 64543 reads 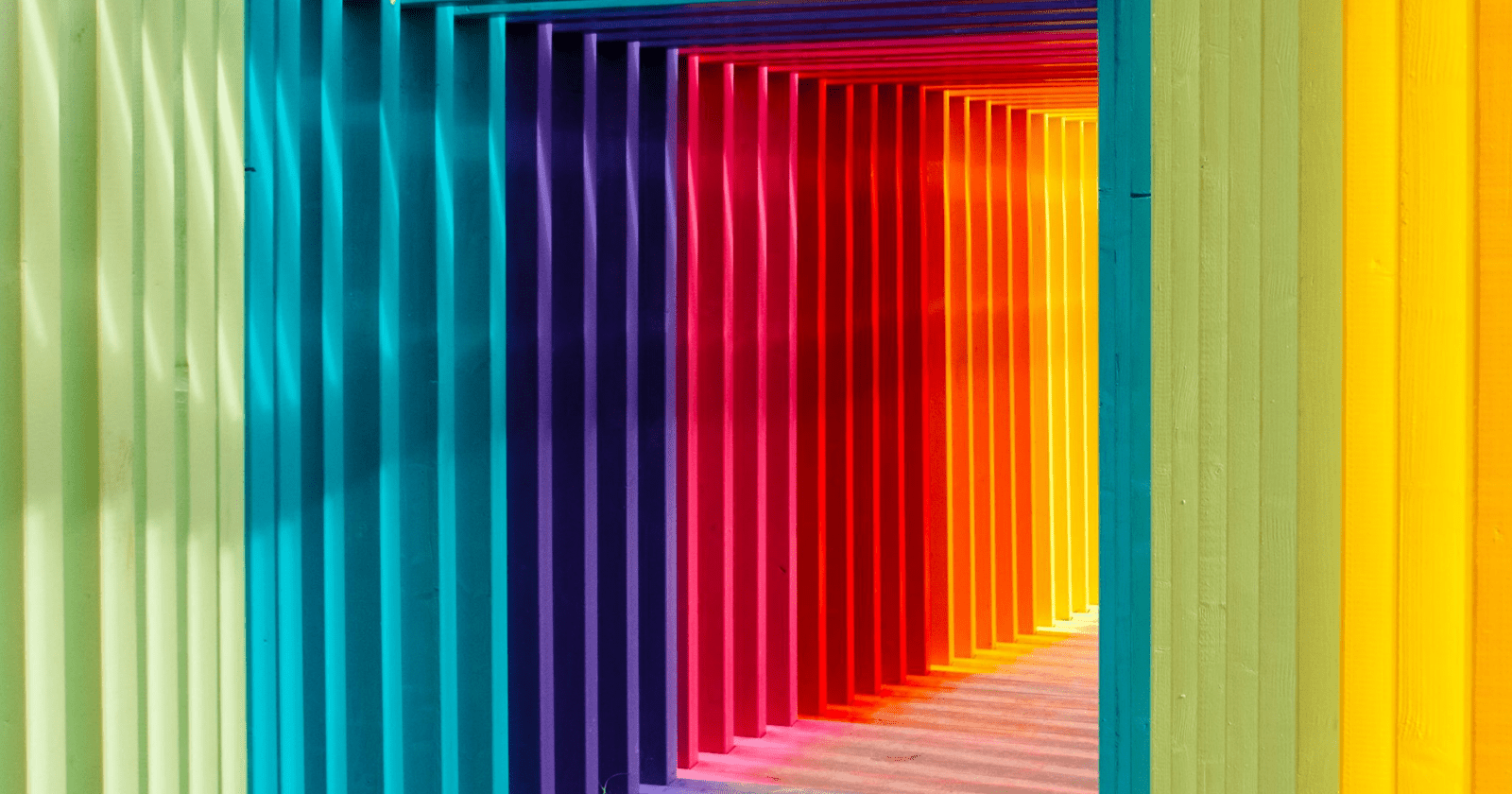 Your Guide to Color Psychology in Marketing: Explained with Examples
Color is one of the more powerful cues that people...
By Navneet Kaushal 1462 reads 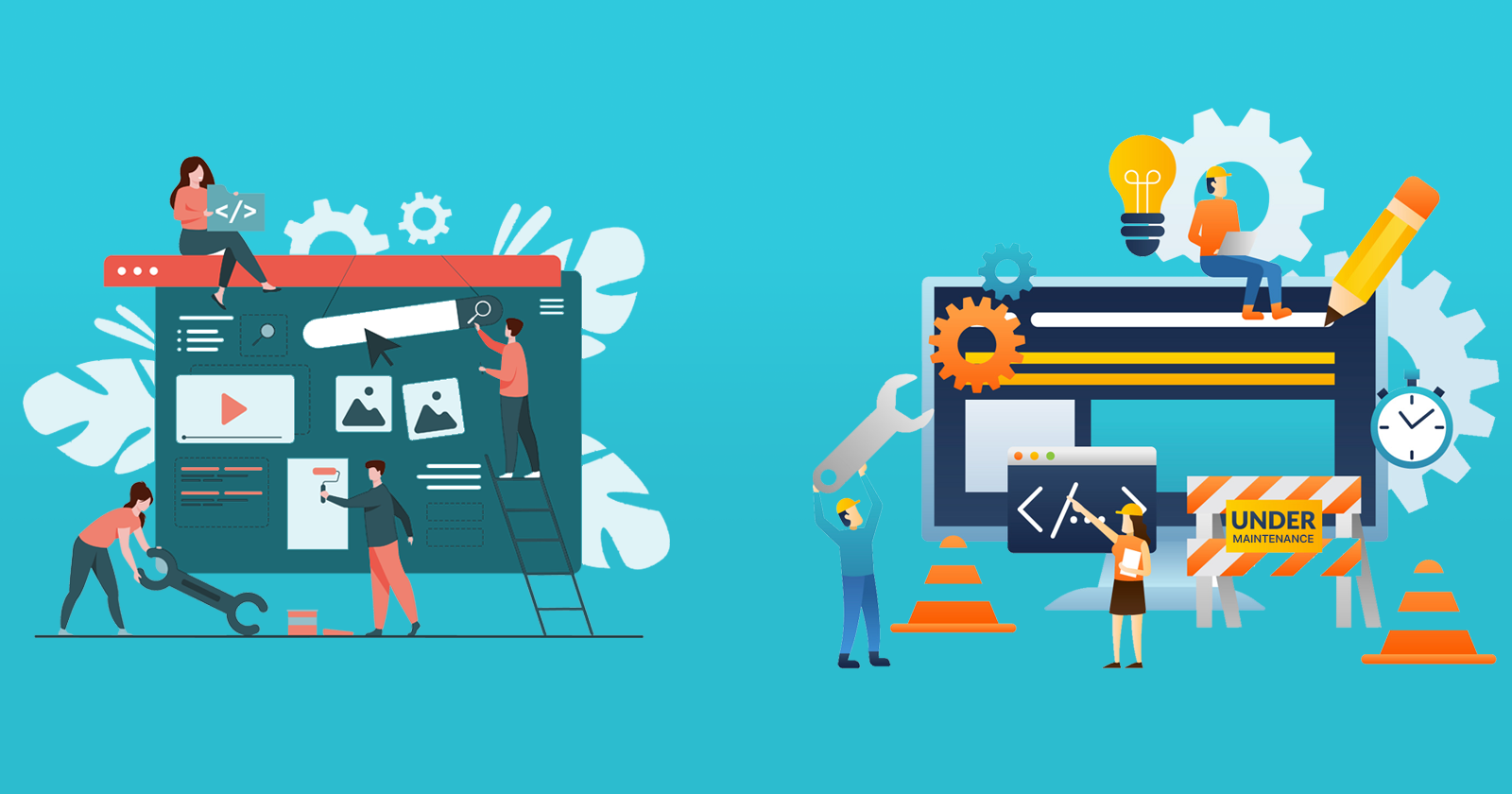 How Much Do Website Maintenance Services Cost?
A website represents your brand online and contributes to the...
By Navneet Kaushal 978 reads